5 Best Cities For Fireworks This 4th of July 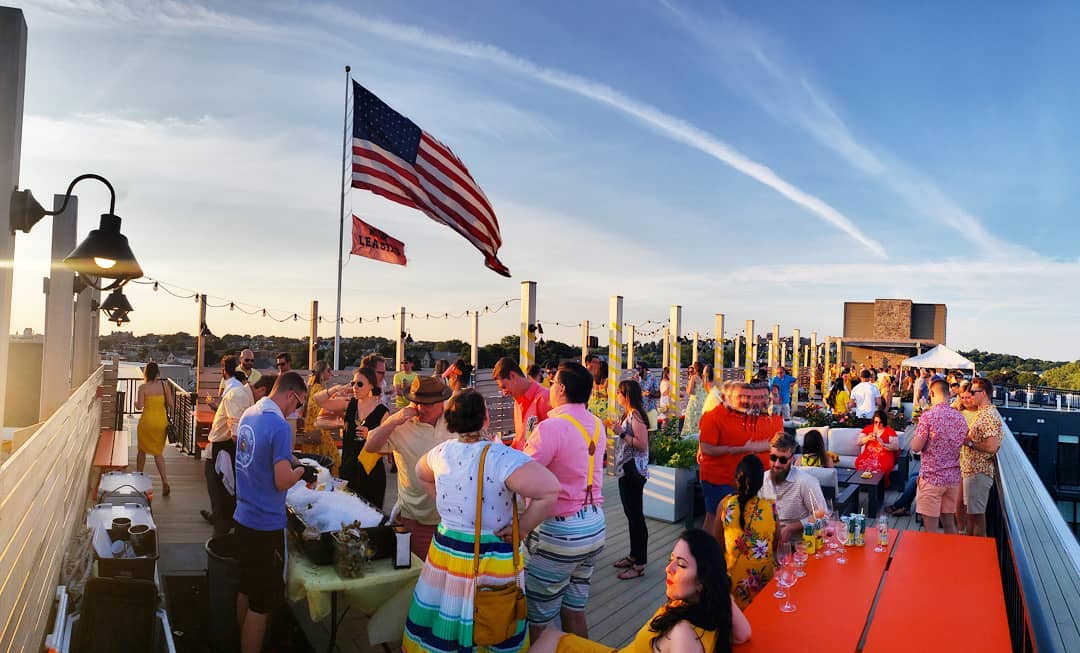 From hometown parades to backyard barbecues, Americans love to celebrate the nation's Independence Day, climaxed by impressive fireworks shows. Major cities and small towns alike unite for the night, endeavoring to launch off the biggest and best pyrotechnic displays. However, some patriotic American cities steal the show such as the following five cities:

America's fight for freedom first began in Boston, so it's no wonder that the "Cradle of Liberty" city hosts one of the country's largest Independence Day celebrations. The Boston Harborfest event kicks off the city's festivities on June 28 with Freedom Trail walks, historical reenactments, boat tours and live entertainment.

On the morning of July 4, the City of Boston holds a flag-raising ceremony at the City Hall Plaza, followed by a reading of the Declaration of Independence from the balcony of the Old State House.

When the sun sets over the city, a huge crowd congregates at the Hatch Shell on the Esplanade to hear the Boston Pops play patriotic music. Finally, for the main event, the spectacular fireworks display is launched over the Charles River.

Courtesy of TheBostonCalendar * Snag $10 off your ride to the 'works with Lyft using this link: https://www.lyft.com/invite/TBC07042019

The Esplanade isn't the only spot in the city to get a view of the works. Boston's boom of new construction brought along a new opportunity to reintroduce: The Roof Deck. Having previously served as watchtowers during the Colonial days, they're now used as a #SundayFunday headquarters and your best place to be in and around Boston for Independence Day. Whether you're posted up in the Seaport, on the South Shore in Quincy, or here on The Mystic Side.. were pretty confident you'll find one open and ready to host (Note: Find a friend with a roofdeck.)

The Pioneer Everett boasts one of the newest roof top lounges in the city, and trust us: The panoramic 360 degree view puts it very close to the top of the list of Best Spots to Watch The Fourth of July Fireworks (... and New Year's Eve, and sunset, and sunrise, and really anything aerial that you can think of. )

You can always count on the Big Apple to put on a great show, and when it comes to Fourth of July celebrations, there is no larger event than Macy's 4th of July Fireworks Spectacular. Fired off from barges on the East River, this dazzling fireworks display is professionally choreographed to patriotic tunes belted out by award-winning performers.

If you're in NYC for the Fourth of July festivities, head over to Coney Island to watch the traditional Nathan's Hot Dog Eating Contest, enjoy a picnic in Central Park with live music or take a ferry to see the Statue of Liberty. Step back into the colonial era with a Revolutionary Walking Tour that takes you to landmarks significant to the American War of Independence.

What better place to celebrate America's birthday than the nation's capital? According to Washington's online tourist guide, The District, approximately 700,000 people throng the National Mall each year to watch the remarkable fireworks display burst into the night sky over the US Capitol grounds and Washington Monument.

A festive parade down Constitution Avenue kicks off the all-day event, with surrounding neighborhoods organizing their own celebrations. In the evening, the Choral Arts Society of Washington and the National Symphony Orchestra host a free, star-studded concert on the Capitol's West Lawn, followed up by the dazzling fireworks show.

Considering that Philadelphia was the location of the signing of the Declaration of Independence, you can understand why the "birthplace of America" makes this list of top cities to see Fourth of July fireworks.

America's birthday is celebrated all day in Philadelphia with the Party on the Parkway event, where five streets are blocked off along the Benjamin Franklin Parkway to make way for food trucks, beer gardens, games and live musical performances.

Party-goers hang around until the evening to enjoy the Wawa Welcome America July 4th Concert and Fireworks celebration, featuring acclaimed artists, special effects and a fabulous fireworks explosion over the world-class Philadelphia Museum of Art.

Residents and travelers on the West Coast can celebrate Independence Day with one of the country's most beautiful pyrotechnics shows as awe-inspiring fireworks light up the night over the city skyline, San Francisco Bay, and Golden Gate Bridge. The prime viewing seats are from the waterfront Pier 39, but for the ultimate view and unforgettable experience, you can book a dinner/fireworks boat cruise on the beautiful bay.

Before the main event, holiday revelers can celebrate all day with live music, food, inflatable slides and flight simulations aboard the USS Hornet, while families can frolic together at Berkeley Marina for face painting, pony rides, carousels, giant slides and more.

While brilliant fireworks shows take place all over America every July 4th, the best place to watch them is always with friends and family.. at home. And there's no better time to seize the remainder of Summer and make The Pioneer just that.

You Can't Discover What You Don't Explore.